The were originated in Okinawa by Anko Itosu sensei from older Kata such as and into forms suitable for teaching Karate to young students. When Gichin Funakoshi brought Karate to Japan, he renamed the Kata to , which is translated as ‘peaceful and safe’. is the Okinawan pronunciation of the characters , meaning 'peace', and , meaning 'relax'. Though the physical moves of Kata involve techniques used for fighting, the purpose of Kata is to develop a calm, peaceful mind and harmony between the mind and body.

The were made in the form as we now know it by Anko Itosu sensei in 1905. Anko Itosu, a teacher on Okinawa, was born in the village of Yamagawa in the . One of the stories surrounding the creation of this Kata claims that Anko Itosu learned the Kata from a Chinese man who lived in Okinawa and called it ‘Channan’. This original form of the has been lost. But, it's more likely that Anko Itosu created a from the older Kata: , and maybe . This Kata had to act as a beginner Kata for school lessons and be easier to learn than the more complex and advanced Kata that are usually taught later. After completing his new Kata, ('the great Pinan'), he changed his mind about learning such a long Kata for beginners and cut it into five parts and then renamed it by analogy of , the : , , , and .

Masutatsu Oyama implemented the five in Kyokushin Karate with a few modifications, to adapt the Kata to the Kyokushin system, with its own modes and techniques, where more emphasis is placed on strength. In the 1980s, Masutatsu Oyama developed the . De or 'reverse' Kata, were a form to develop balance and skill in circular movements (turning) against multiple opponents.

Once these five and their applications have been mastered, the Karateka can be confident in his/her ability to defend themselve in most situations, keeping him/her safe from being harm. The Pinans are taught to various beginner ranks according to their difficulty.

This is the second Kata of the Pinan group, , is loosely based on an I-shaped . It develops also a number of defensive and attacking techniques. Body positioning is developed with the execution of different stands. In the ballance and the control of the body are focused upon. This Kata is considered the , fast and smooth, comes to his own in smooth and relaxed movements.

Known as the within Kyokushin Karate, was adapted by Sosai Masutatsu Oyama from his background in the , as 4th than in Shotokan Karate, which he learned from sensei Gichin Funakoshi. 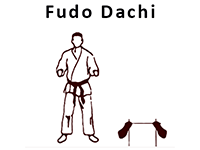 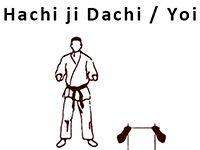 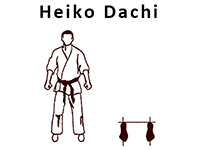 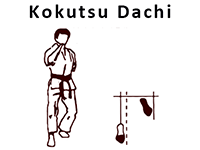 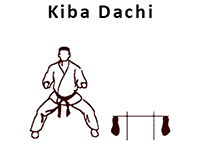 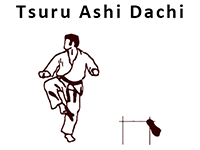 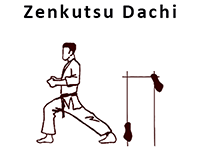 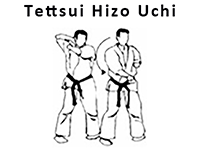 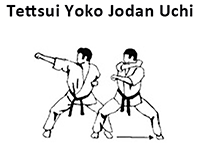 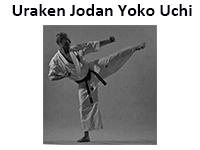 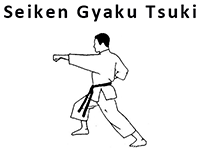 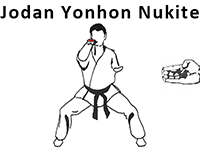 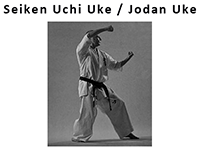 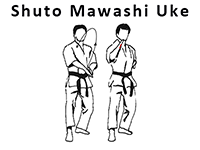 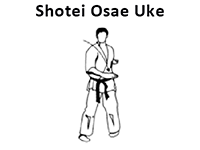 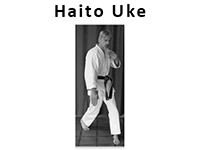 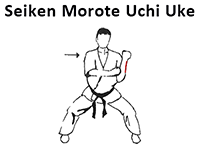 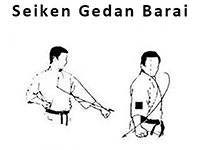 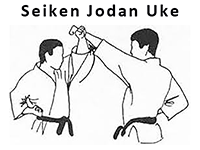 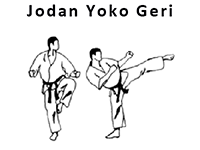 Kamae - 構え, means posture or base. Kamae is to be differentiated from the word Dachi - 立ち. Dachi refers to the position of the body from the waist down, Kamae refers to the posture of the entire body, as well as encompassing one's mental readiness.Kamae
Hajime - 始め, means begin.Hajime
Hikite - 引き手 means drawing hand: Hiku - 引き, to draw or pull, and Te - 手, the hand.Hikite 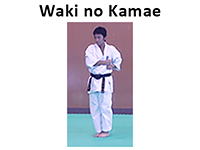